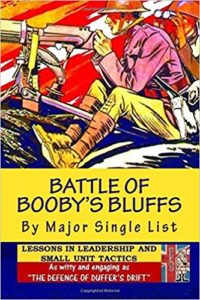 Battle of Booby’s Bluffs takes a satirical look at learning to fight in the modern war of tanks, machine guns, barbed wire and airplanes in 1918 France. Written in the dream-sequence style of the infantry classic Defence of Duffer’s Drift, the main character is a pompous know-it-all who relives the same dream over and over until by trial and error he learns how to keep his men alive and win on the modern battlefield. Written under the pseudonym Major Single List, the anonymous author had good reason to hide his identity given the number of feathers his amusing but highly critical book likely ruffled. Available in paperback here  Amazon 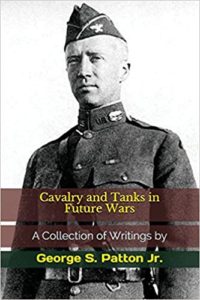 Cavalry and Tanks in Future Wars is a collection of articles written by George S. Patton, Jr., in which he applies his diverse experiences as a cavalry officer chasing Pancho Villa on the Mexican Border and as a tank commander in 1918 France to defend the continued relevance of cavalry and tanks in future wars. Available in paperback or Kindle ebook here Amazon 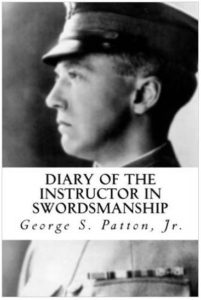 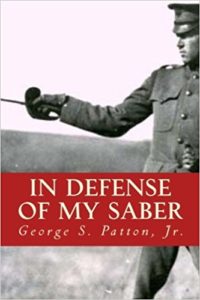 In Defense of My Saber, a collection of articles written by George S. Patton, Jr. between 1913 and 1917, offers a window into the brief life span of his invention, the “Patton Saber”–from the first glory days when it was adopted by the War Department as standard issue for the cavalry to its ultimate demise into irrelevance unable to compete with the big guns of World War I. Included are some fascinating history lessons by Patton on the development of the sword and saber and how the shape of each determined its purpose and tactics. Available in paperback and Kindle ebook here Amazon 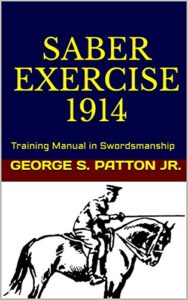 Saber Exercise 1914 Training Manual in Swordsmanship, was written by George S. Patton, Jr. the year after the War Department approved his radical redesign of the cavalry saber. The redesign necessitated a fundamental change in mounted and dismounted saber techniques—all of which is explained in this manual. Paperback and Kindle ebook available here  Amazon 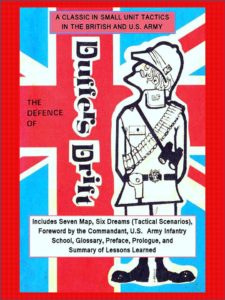 The Defence of Duffer’s Drift by Sir Ernest D. Swinton is a classic in the art of infantry tactics and required reading at many Army schools. Available online here Amazon