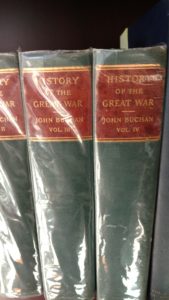 “At the end of February 1918 the Eastern front had gone out of existence. Russia, disjointed and anarchical, lay helpless in the grip of harsh treaties, and Germany was able to bring westward sufficient troops to abolish the small Allied numerical superiority. Already she exceeded their numbers, and she could at will call up a further reinforcement which would give her a margin of more than a quarter of a million men. On the Allied side there was no chance of such immediate increment. The American forces were slowly growing, but at the normal rate of increase several months must still elapse before they could add materially to the trained numbers in the field, and it would be the autumn at least before they could form separate armies.” John Buchan, History of the Great War, Vol. IV (Boston: Houghton Mifflin Company, 1923)), p. 178. 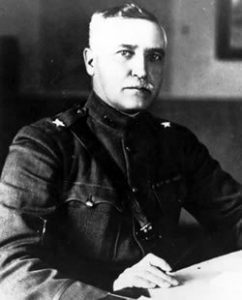 General John J. Pershing, Commander-in-Chief, American Expeditionary Forces, appointed Colonel Samuel D. Rockenbach, Chief of the Tank Corps on December 23, 1917. The Americans were assembling their forces to deploy to the European theatre of war and did not have tanks in their inventory. The war, with its barbed wire, trenches, gas and machine guns needed an armored big gun to shoot through all those defenses. Rockenbach would have to decide on the type of tank, organization, training, tactics and logistics–and he had only nine months before the first American tank units entered combat at the Battle of St. Mihiel. He details his amazing story in Operations of the Tank Corps A.E.F.